Due to an administration error[not of our doing] the coach did not arrive on the 12th November and thus the 'official walk' did not materialise, although some unofficial walks did take place around the lovely Formby sand dunes.
The walk to Uppermill has therefore been rescheduled to be our first walk of the 2012 season on Saturday 10th March 2012
______________________________________

Our first walk of the season will be in the delightful rolling hills of Saddleworth, an area of much community culture and friendly welcomes

Uppermill
near Oldham and will take place on 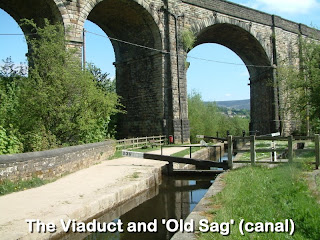 The small town/large village of Uppermill is on the northeast side of Greater Manchester is a popular stop for visitors to nearby Saddleworth and has a growing number of craft shops, restaurants and cafes to cater to the tourist market. We last visited Uppermill in June 2008 [see the link to the right.


Saddleworth is a group of villages and Hamlets North East of Manchester, United Kingdom. The nearest town is Oldham in Lancashire  of which Saddleworth is currently a part of, although the popular tourist spot was once a part of the West Riding of Yorkshire  until about 1974.

Tucked away in a valley of the Pennines on the Huddersfield Narrow Canal, it is in a most picturesque location on the high moorland. Once inhabited by the Romans, like many Lancashire towns it was the Industrial Revolution which had the most impact on the area, with the building of huge textile mills. The area also supported some quarrying and the Ladcaster and Den Quarries to the west of Uppermill are now designated Sites of Special Scientific Interest for their geological features.


One unique local sport played in Uppermill is “cobbling”. It involves a barrel of cobblestones, a closed road and a bag of cement. You will have to visit to find out more!
More cultural activities are centered on the local Saddleworth Museum which highlights Roman activity in the area. The museum has a local art gallery exhibiting paintings of local landscapes, transport and industry in the area. The Brownhill Countryside Centre is a small museum aimed at educating children about local wildlife and has a lovely wildflower garden.

The canal which runs through the town offers many recreational pursuits. Traffic-free walks along the towpath, fishing and boating are just some of the rural pleasures to be enjoyed. The canal has a couple of locks to manage the inclines and there is an impressive viaduct which it passes beneath.

Uppermill hosts a number of festivities each year, the highlight of which is the Saddleworth Folk Festival. The Brass Band Contest and the Beer Walk take place at the end of May and there is always a theme for the event.

More cultural in its origins is the Rushcart Festival at the end of August, when teams of Morrismen arrive from all over the country to compete in pulling a rushcart with a jockey sitting on top. The route takes them through the local villages of Saddleworth, Greenfield, Delph and Dobcross where the Morrismen stop and give a performance of their ancient English folk dancing. The following day there are gurning (face-pulling) contests, wrestling and worst singer competitions and a merry time is enjoyed by all! 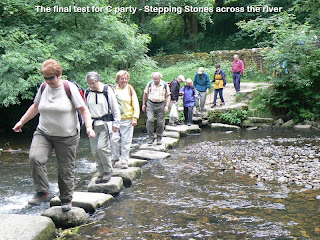 There will be two walks;

Saddleworth is rolling countryside and valleys, so there will be plenty of 'ups and downs' giving variety and pleasure. Details of the walks will be posted here about 1 week beforehand.

The coach will park by the Swimming Baths just up the hill from the village centre, approx 10 minutes walk. The toilets are in the park at the centre of the village.

Information about the Huddersfield Canal. (The impossible Dream)

Posted by 'Unknown' at 13:37 No comments: Links to this post

Photographs from the Grasmere walks

Get your own
Posted by Holy Trinity Fell Walking Club at 20:00 No comments: Links to this post

What the B Walkers should have seen

For those on the B walk who didn't get a clear picture of the views, although the swirling clouds where something to behold.
Click above to view the pictures
Posted by Holy Trinity Fell Walking Club at 19:02 No comments: Links to this post 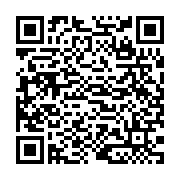